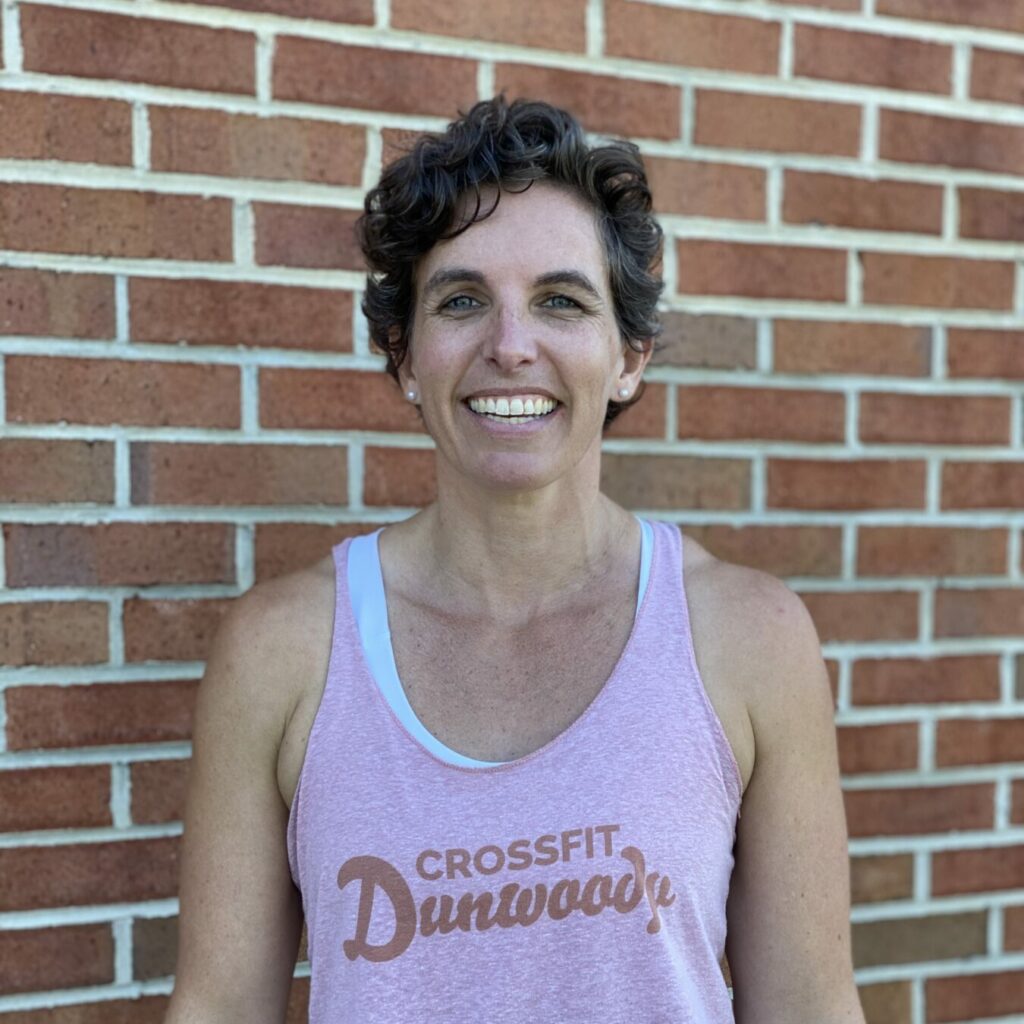 Jaime Jones grew up living in many different places, including abroad in the UK. She is the oldest of 5 kids and, according to her family, she’s always been one to take charge and be a little bossy.

Jaime was a multi-sport athlete in high school, but eventually focused entirely on volleyball and played at Millsaps College in Jackson, MS for 3 years until a knee injury sidelined her. While at Millsaps College, she earned two degrees in Geology and Spanish.

Jaime met and married her college sweetheart, David and together they have four kids – Ainsley, Tinkie, Owen and Petey.

Jaime found CrossFit in the later half of her 30’s (38.5 to be exact). She realized that she wasn’t “getting any younger” and decided that “she wasn’t going down the hill” without a fight! She knew in her soul that age isn’t a limiter of what one can achieve. Jaime has been hooked since day 1, and CrossFit has been her love and passion for the last 4.5 years.

She even decided to pursue coaching in January 2020. She has her L1, USAW-L1, a gymnastics certification and is pursuing her L2 this fall. She loves being a part of the CrossFit family, and believes the magic of CrossFit lies in the strength of the community; the shared victories, the PR’s, and the fist bumps that happen after each and every WOD.

In her spare time, if she is not at the box just hanging out, she is likely doing something (anything) outside, cooking massive amounts of food for her family, learning something new, taking care of someone or thinking about how to best approach tomorrow’s WOD.